I’ve been reading through a Christmas advent book with my 3-year-old son.   From last night’s reading…

“On coming to the house, [the Magi] saw the child [Jesus] with his mother Mary, and they bowed down and worshiped him. Then they opened their treasures and presented him with gifts of gold, frankincense and myrrh.”1

What were the magi thinking?  Didn’t they know the IAQ implications of using frankincense and myrrh-based incense?2

2,000 years later, we have a better idea about the problems caused by incense.  There was a recent article published in the Indoor Air Journal titled, “Characterization of particles emitted by incense burning in an experimental house.”3 The authors were interested in studying particle dispersion in homes, and incense was an ideal particle emitter of moderate intensity.  They burned incense for 15 minutes in the living room and monitored particles throughout an expirimental house.

Here are some of the findings:

So burning incense anywhere in your house is a bad thing.  Good thing there was plenty of natural ventilation in the mager scene!4

Have a Merry Christmas from the Indoor Air Nerd! 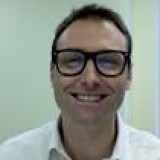